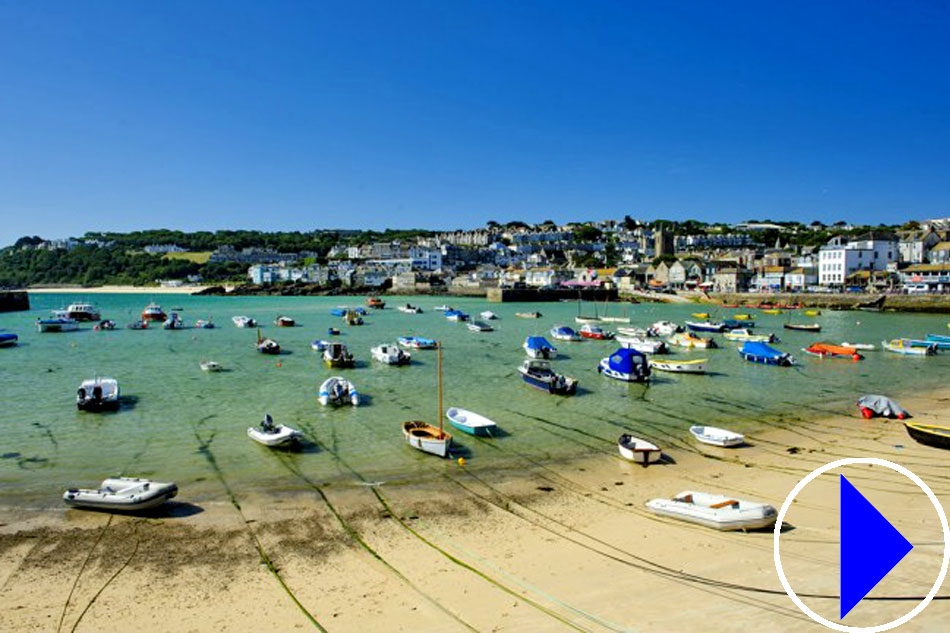 More info: The Cornish town of St. Ives is situated on the western end of St. Ives Bay on the Atlantic Ocean.

St. Ives was historically a fishing and mining village, attaining a peak in the 19th Century with a world-wide demand for locally caught pilchards as well as tin and copper. At its height of the fishing industry, st. Ives had around 300 boats operating locally netting millions of fish every year. The fish were salted and pressed in barrels before being exported to the Southern Mediterranean. Here they were a popular dish to eat on Fridays and during Lent when meat was forbidden to be eaten.

The arrival of the Great Western Railway (GWR) in 1877 led to the biggest change in St. Ives, enabling the development of tourism. GWR invested heavily in the tourist trade, marketing the area as Cornish Riviera and buying the Tregenna Castle hotel in St Ives as a convenient place to stay.

The mid-1900s saw St Ives’ reputation as an artistic centre flourish with the arrival of world-renowned modern artists such as Barbara Hepworth, Bernard Leach and Ben Nicolson. That reputation was maintained later by the likes of Peter Lanyon, Patrick Heron and Wilhelmina Bans-Graham. Barbara Hepworth’s former home and studio, where she died in a fire in 1975, is now renovated and can be visited as a museum with a beautiful garden containing many of her sculptures. The seafront Tate St Ives gallery has rotating modern art exhibitions, focusing on British artists.