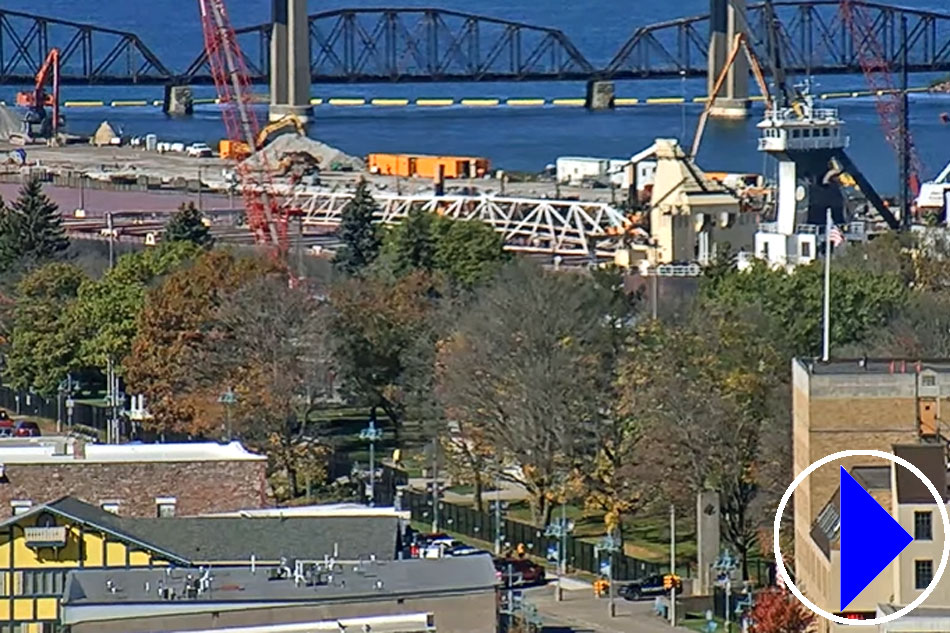 
More info: Sault Sainte Marie is situated at the rapids of the St. Marys River. The rapids were harnessed for the generation of hydroelectric power and connect Lake Superior with Lake Huron, which lies 21 feet (6 metres) lower. It is a port of entry, and is linked to its Canadian twin city, Sault Ste. Marie in Ontario, by road and railroad bridges.

A hub of the St. Lawrence Seaway, its first set of locks to bypass the river’s rapids went into operation in 1855. St. Mary’s Falls Canal (including four parallel locks, popularly called Soo Locks) is operated by the U.S. Army Corps of Engineers and raises or lowers vessels between the two lakes in 6 to 15 minutes.