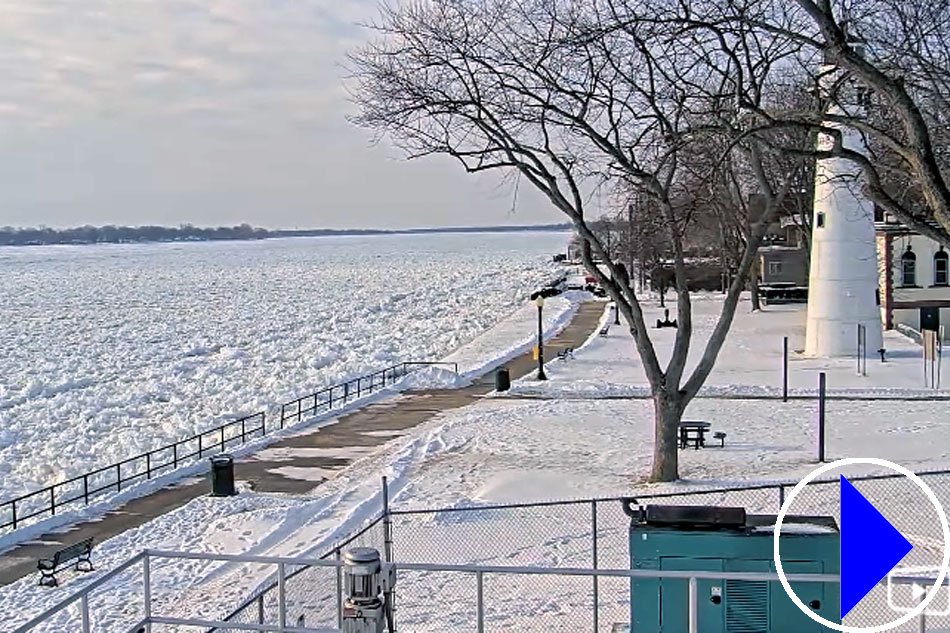 More info: The Saint Clair River which is an outlet of Lake Huron forms part of the boundary between Michigan in the United States and Ontario in Canada.

The river flows approximately 64 km (40 mi) in a southerly direction from the outflow of Lake Huron to Lake St. Clair. Prior to entering Lake St. Clair, the river divides into several channels creating an extensive delta known as the St. Clair Delta of St. Clair Flats. The river is a significant component in the Great Lakes Waterway, whose shipping channels permit cargo vessels to travel between the upper and lower Great Lakes.

Much of the shoreline on both sides of the St. Clair River is urbanized and extensively industrialized. Intensive development has occurred in and near the adjacent cities of Port Huron, Michigan and Sarnia, Ontario, at the northern end of the river. The most dense concentration of industry, including a large petrochemical complex, lies along the Ontario shore south of Sarnia