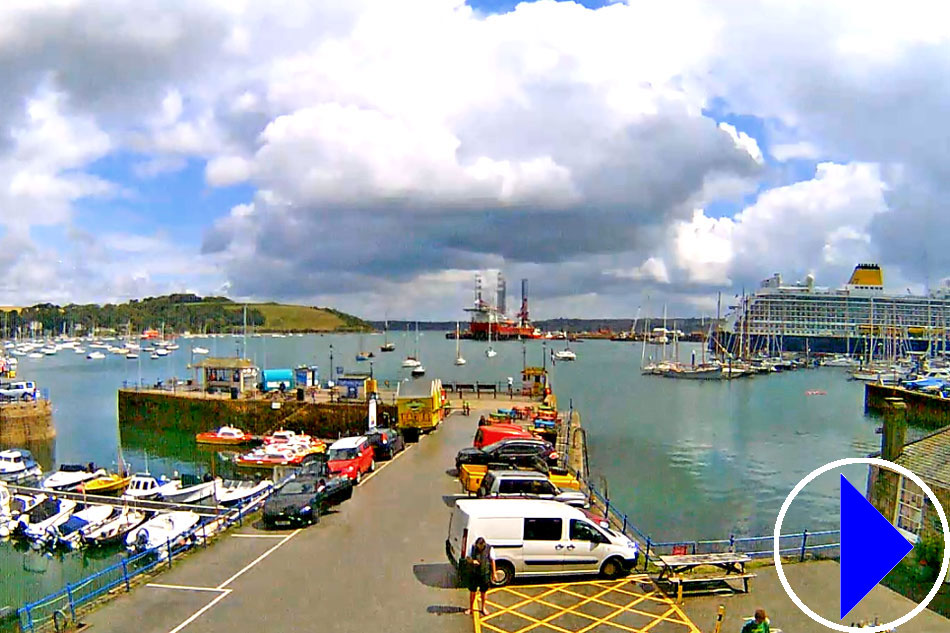 More info: Falmouth is situated in a relatively sheltered bay on the south coast of Cornwall with the old harbour and docks on one side of the town and sandy beaches on the other. Falmouth is the closest large harbour to the entrance of the English Channel and together with Carrick Roads it is the 3rd deepest natural harbour in the world and the deepest in Western Europe.

The Falmouth Docks were developed from 1858 and the Royal National Lifeboat Institution (RNLI) opened Falmouth Lifeboat Station nearby in 1867. The present building dates from 1993 and also houses Her Majesty's Coastguard. The RNLI operates two lifeboats out of Falmouth.

Falmouth has had Historical links with the Royal Navy stretching back several centuries and is now home to some of the Navy’s largest vessels and the Falmouth Dockyard still hosts regular visits from Royal Navy, Royal Fleet Auxiliary and NATO vessels.

While Falmouth's maritime activity has much declined from its heyday, the docks are still a major contributor to the town's economy. Falmouth remains a cargo port and the bunkering of vessels and the transfer of cargoes also keep the port's facilities busy. The port is popular with cruise ship operators.

A visit to the National Maritime Museum Cornwall in Falmouth, reveals the influence of the sea on history and culture of the town and tells the story of Cornwall’s incredible maritime heritage.