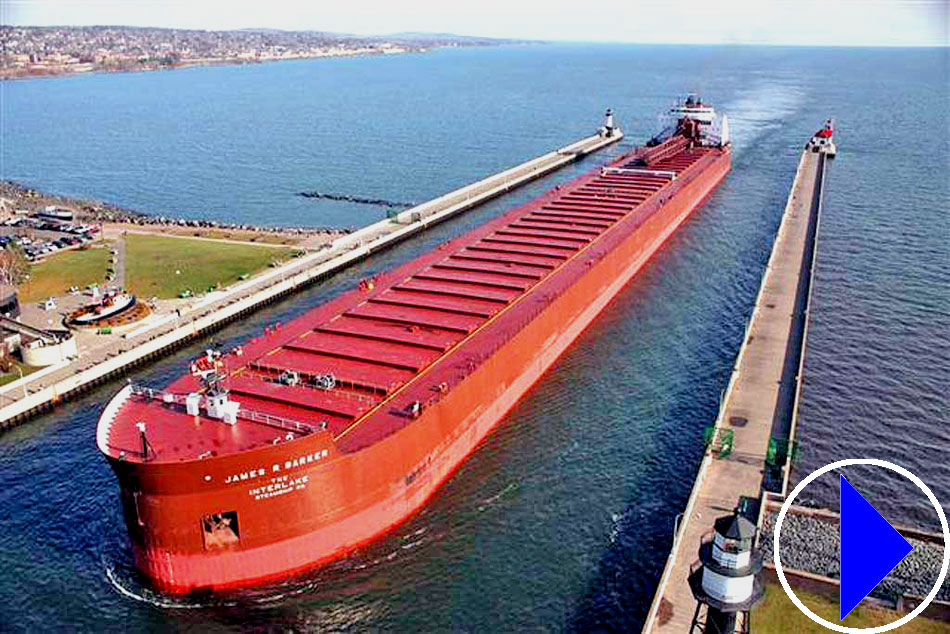 Live Webcam at the Duluth Canal


More info: The Duluth Ship Canal is a man- made structure, built in 1870, which provides a navigable channel from Lake Superior into the Duluth-Superior Harbour. It is situated across the north end of Minnesota Point, a natural sand breakwater that is around 8 miles long. The Point separates Lake Superior from a narrow bay, which is known as Allouez Bay, at the southeast end and Superior Bay for the remainder. The northwest portion of Superior Bay is designated as Duluth Harbor.

The canal is spanned by the Aerial Lift Bridge which was constructed in 1905 to provide access to Minnesota Point, which was cut off from the mainland by construction of the canal. Until the lift bridge was built, people accessed Minnesota Point or Park Point by ferry.