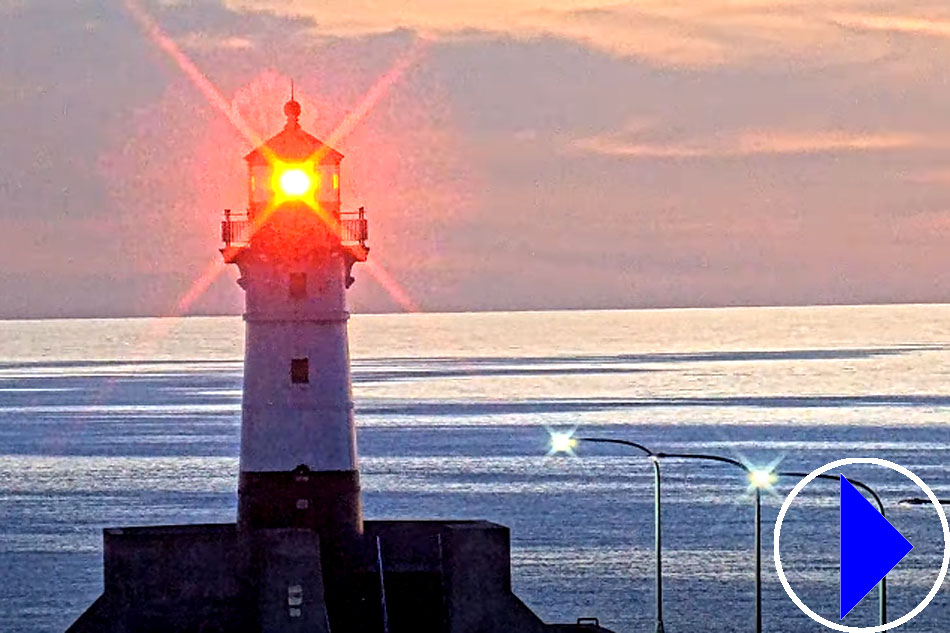 
More info: The three lighthouses in Canal Park are known as the North Pier Lighthouse, the South Breakwater Light, and the Duluth Rear Range Light. The South Lighthouse began operation in 1874 and was originally red with a visible range of 12.5 miles. Towards the end of the 19th century, the first Rear Range Light was completed as a wooden structure.

In the 29th century, modern structures replaced the originals and a brick construction of the South Breakwater was completed in 1901 and the steel structure of the Rear Range Light still seen today was built in 1902.

Navigational issues still plagued ships entering the Duluth harbour at night and during foggy weather. The northern pier had no light or indicator to help guide ships, which led to some collisions with the rocky beach or the pier itself. The 300-foot width of the Duluth canal left very little margin of error for vessels entering the harbour.