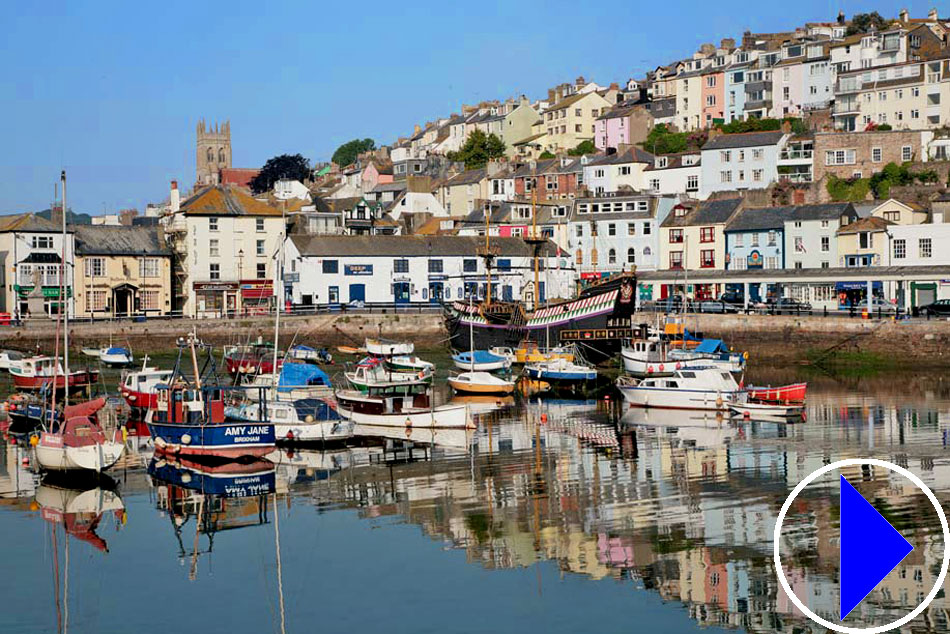 More info: Brixham Harbour is located on the southern side of Tor Bay in Devon, southern England. The harbour has a picturesque backdrop of colourful houses cascading down to the harbour edge. On Strand Quay stands a statue of Prince William of Orange commemorating his landing at Brixham in 1688 and a replica of Sir Francis Drake’s Golden Hind can be found in the corner of the Inner Harbour.

The history of Brixham goes back over 1000 years and its role as a fishing port is mentioned in the Domesday Book. By medieval times the port had a strong trade in drying fish and curing pilchards, which has been recorded as taking place in 1500.

Today, Brixham is the most important fishing port in England and Wales when measured by the value of catch landed and Brixham’s fish is becoming an internationally recognised product.