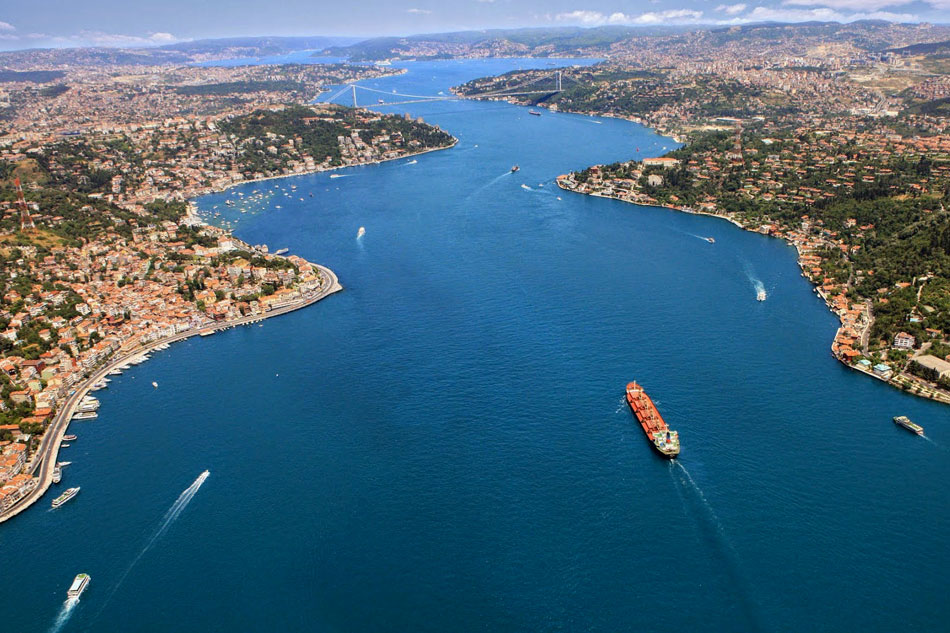 Live Webcam at the Bosphorus Strait


More info: The Bosphorus is a narrow, natural strait in northwestern Turkey. It connects the Black Sea to the Sea of Marmara and from there to the Mediterranean via the Dardenelles Strait. The Bosphorus has played a major role in world trade for centuries and today it is one of the world's busiest maritime gateways. Each day many cargo ships make the 90 minute passage travelling at 7 to 8 knots carefully navigating the seven precise turns needed to follow the narrow channel and avoid treacherous currents. There are local pilots aboard each vessel during the passage and giant radar towers monitor the ships movements in the strait.