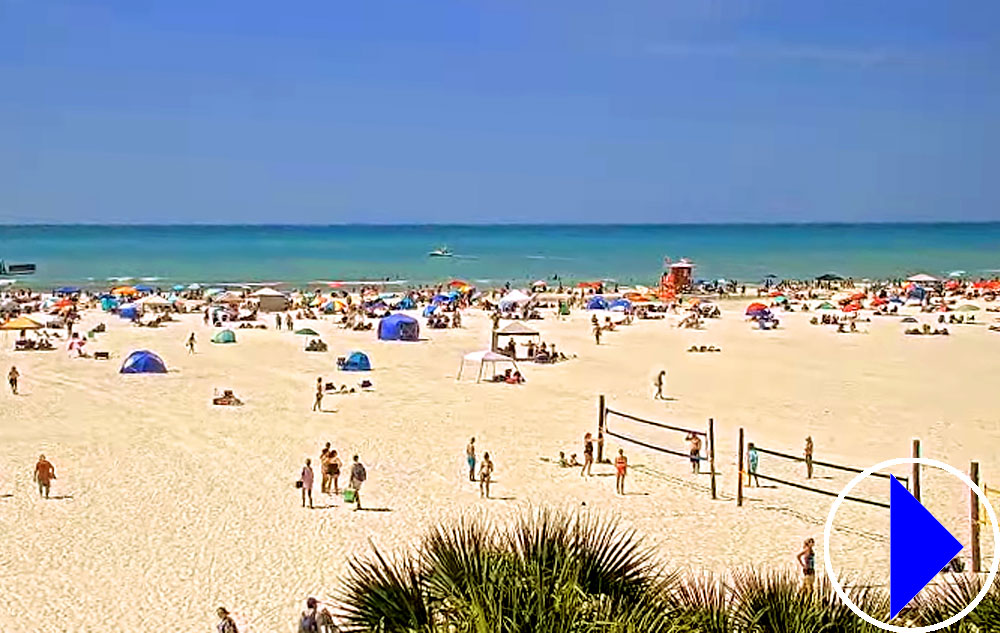 More info: Siesta Key is situated on Florida’s beautiful Gulf Coast, and acts as a gateway between Sarasota and the dazzling Gulf of Mexico.

Siesta Beach's sand is 99% quartz, unlike beaches elsewhere which mainly have sand which is mostly pulverized coral. Even on the hottest days, the sand is so reflective that it feels cool underfoot. It is estimated that the sand on Siesta Beach and Crescent Beach on Siesta Key is millions of years old, having its origin in the Appalachians and flowing down the rivers from the mountains until it was eventually deposited on the shores of Siesta Key.

The southern portion of Siesta Beach is alternatively called Crescent Beach, which extends to the sea wall and Point of Rocks, an area with coral and active marine life.