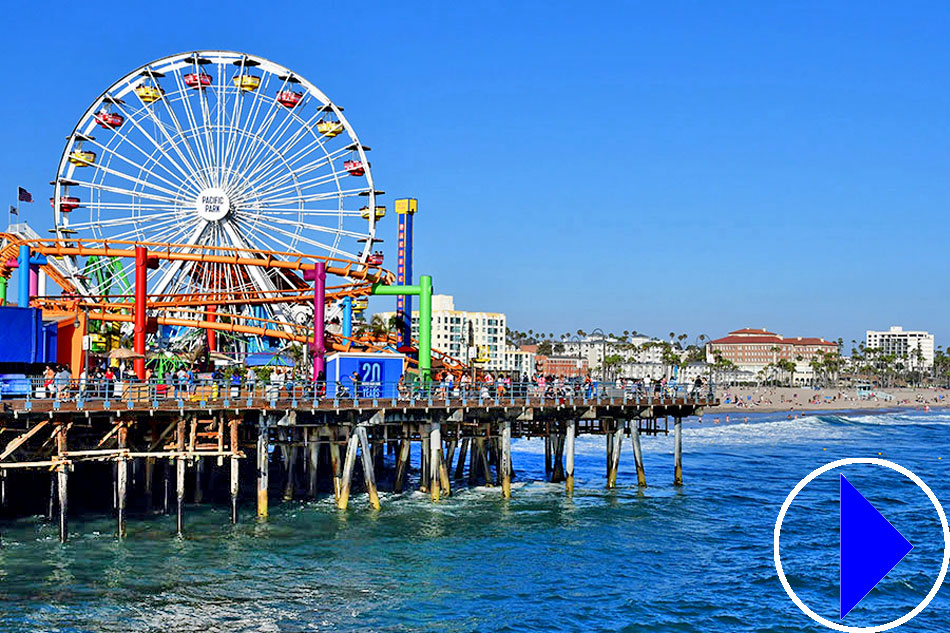 Santa Monicas Pacific Park has 12 thrilling rides, including the West Coaster and Pacific Wheel, the first solar-powered Ferris wheel. The park looks directly out on the Pacific Ocean, in the direction of Catalina Island and is the West Coast's only amusement park located on a pier.

Signs at the Santa Monica Pier mark its claim as the western end of famous Route 66.