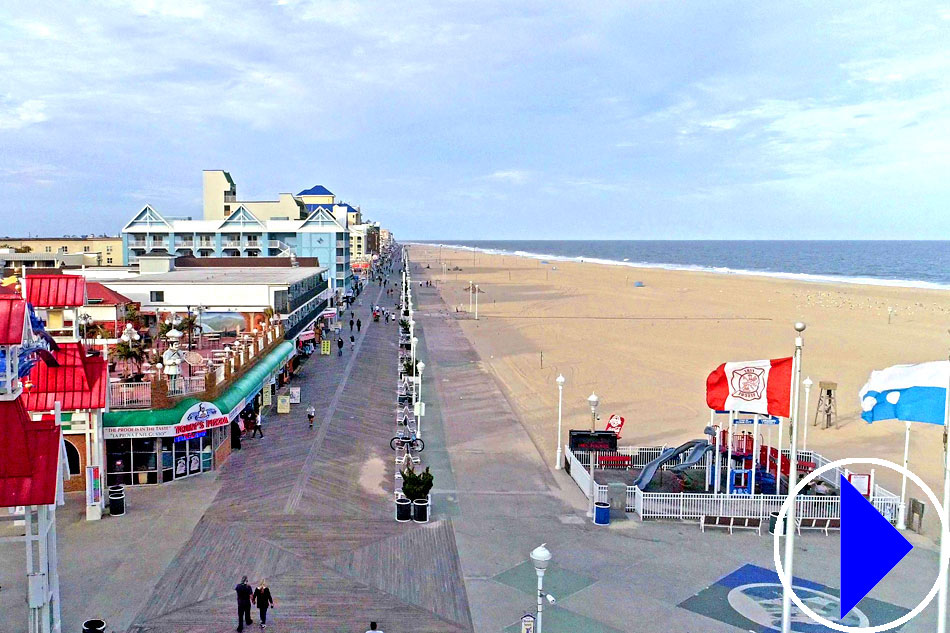 
More info: Ocean City is an Atlantic resort town in Worcester County, Maryland. It is located between the Atlantic Ocean and Isle of wight Bay and has 10 miles of sandy beach. During the summer, Ocean City becomes the second most populated municipality in Maryland, after Baltimore. Ocean City is most famous for its boardwalk, beach, salt-water taffy ( candy ) and its status as the White Marlin Capital of the World.