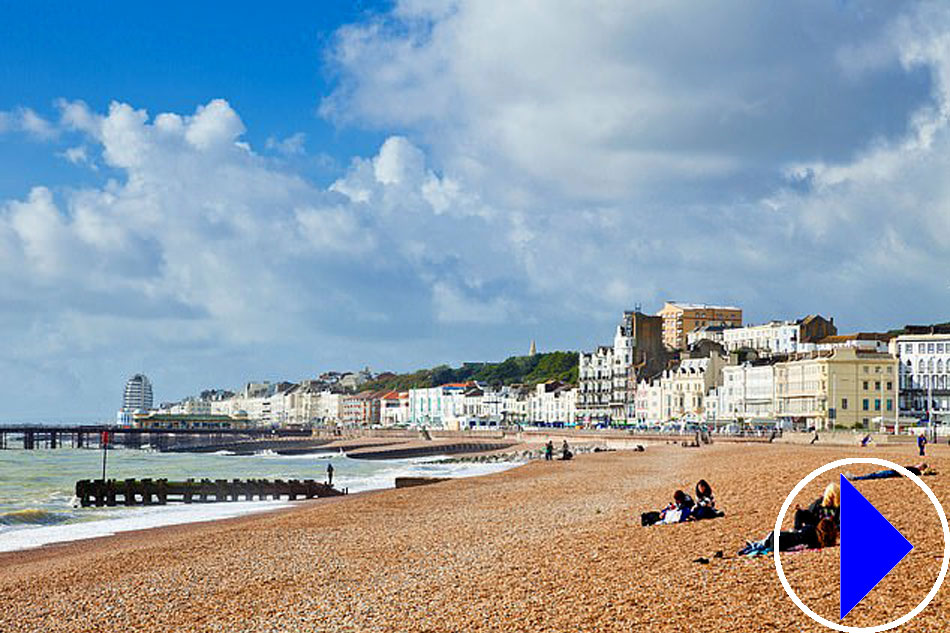 More info: Hastings beach is a mix of sand and shingle with a stunning backdrop of bright white cliffs. Hastings Beach runs the length of the town centre from the fishing quarter of the Old Town in the East, through the funfairs and amusement arcades of Pelham Place, past the renovated pier, the quieter Marina area of St Leonards and finishing in Bulverhythe at the western end.

The pier was built in 1872 and suffered major storm damage in 1990 followed by a major fire in 2010. It was finally rebuilt and opened again in 2016 after a £14.2m refurbishment. Hastings Pier can be seen from any part of the seafront in the town.

Hastings takes its name from the famous Battle of Hastings in 1066 which actually took place several miles away near the town of Battle, Probably on Senlac Hill. Hastings Castle was built in 1070 by the Normans, four years after the Norman invasion. It is located on West Hill, overlooking the town centre and is a Grade I listed building. Today, little remains of the castle apart from the arch left from the chapel, part of the walls and some dungeons.

The eastern end of Hastings is home to the much-photographed Old Town, where its shingle beach is known locally as The Stade - the Old Saxon term meaning ‘landing place. The beach has a steep shingle bank from where the 28 inshore fishing boats are launched and hauled out again with the help of the many old rusty bulldozers and tractors that are parked between stacks of netting and pots. Hastings has largest beach-launched fishing fleet in Europe.

The Old Town of Hastings has ancient churches and lots of passages and narrow streets (twittens) to explore. One of the oldest buildings, the Court House, which stands at the southern end of The Bourne, was built around 1450.

On the seafront at St Leonards is Marine Court, a 1938 block of flats in the Art Deco style that was originally called 'The Ship' due to its style being based on the ocean liner RMS Queen Mary.

Hastings has two funicular railways, ( the steepest in Britain ) known locally as the West Hill and East Hill Lifts respectively and the Hastings Miniature Railway runs along the beach from Rock-a-Nore to Marine Parade, and has operated since 1948.