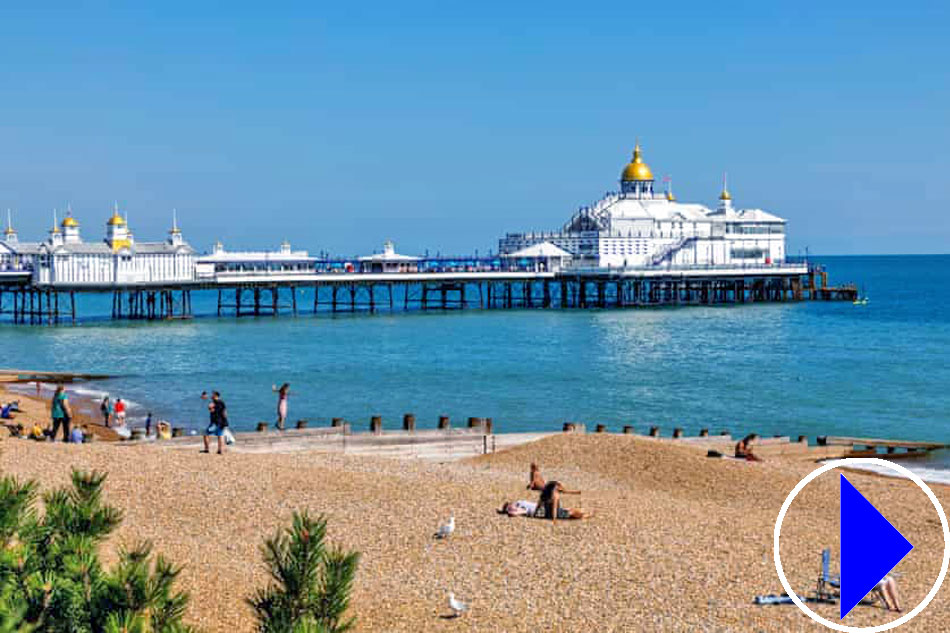 More info: Eastbourne is a resort town on the south east coast of England in East Sussex. Eastbourne is east of Beach Head which is a well known landmark and is the highest chalk sea cliff in Great Britain.The palm lined promenade has splendid Victorian architecture and glorious seafront gardens and the iconic Grade II listed Victorian Pier.

The beach at Eastbourne is typical of many along the south coast, being pebbles and shingle divided up by a series of wooden groins. Along with the beach and seafront, Eastbourne has seaside amusements, attractions and activities for all the family which makes it a popular destination for holidays as well as day trips.

Eastbourne grew as a fashionable tourist resort largely thanks to prominent landowner, William Cavendish, later to become the Duke of Devonshire. He appointed architect Henry Currey to design a street plan for the town, but not before sending him to Europe to draw inspiration. The resulting mix of architecture is typically Victorian and remains a characteristic feature of Eastbourne. The Duke of Devonshire retains the rights to the seafront buildings and does not allow them to be developed into shops

The Eastbourne Bandstand opened in 1935 and holds concerts from April – October providing entertainment for all the family.

Eastbourne is the gateway to the South Downs National Park, ideally located at start of the historic 101 mile South Downs Way. Close by is Beachy Head, the UK's highest chalk cliff, with dramatic views over the English Channel.