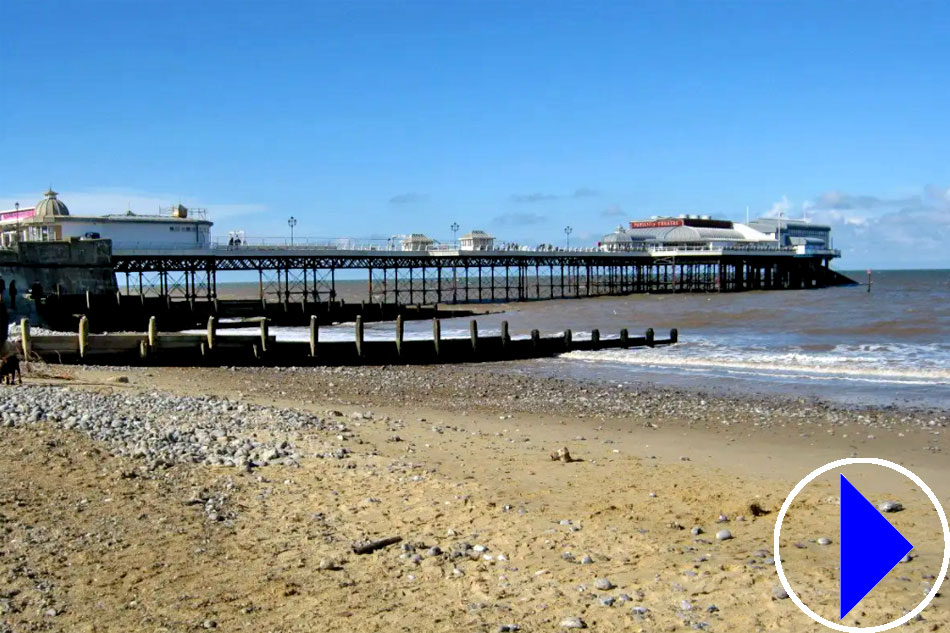 More info: Cromer is located on the north Norfolk coast 29miles from Great Yarmouth and 21 miles from Norwich.

Cromer found fame as a traditional seaside resort in Victorian times, when the new railway line brought visitors from the cities to enjoy the sea air. A legacy of that era is Cromer's magnificent pier, which now hosts the last end-of-pier shows in Europe at the Pavilion Theatre. Cromer Pier dominates the sea front and is 151 metres (495 ft) long.

Cromer is also famous for its Cromer crabs – these small brown crabs are very tasty and succulent due to their feeding on the chalk reef just offshore. Fishing boats are lined up on the shingle which go out daily to catch Cromer crabs. Many years ago mackerel, cod and other types of longshore catches were the mainstays of the local fishermen. But today they catch mainly lobsters and crabs.

Cromer Lifeboat Station was founded in 1804, the first in Norfolk. Most famous of the lifeboatmen was Henry Blogg, who received the RNLI gold medal for heroism three times, and the silver medal four times. There's also a museum named after Henry Blogg, who served for 53 years on Cromer's lifeboats, who, with his crew, saved over 873 lives from the North Sea