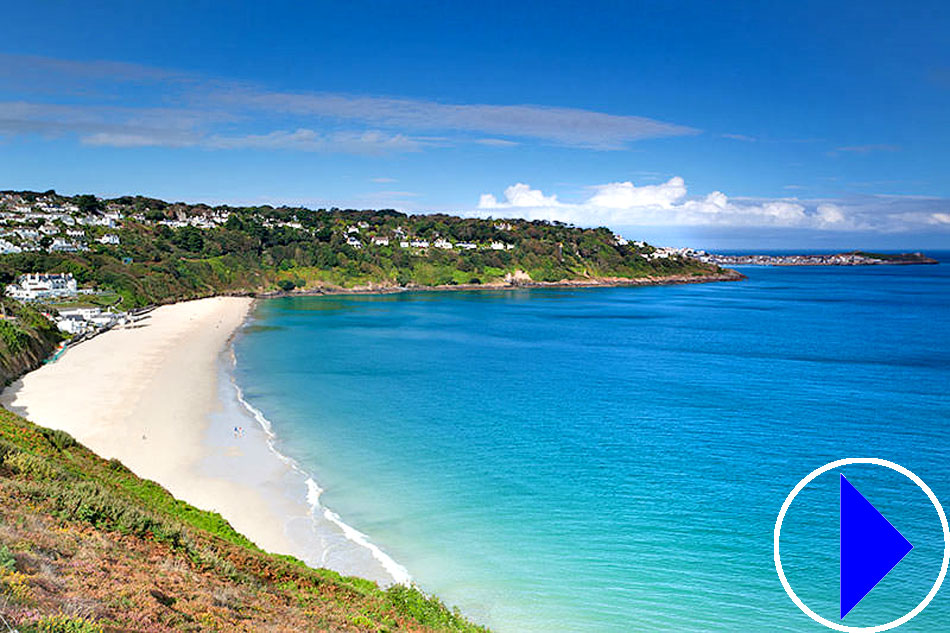 More info: Carbis Bay is located on the western shore of St. Ives Bay, on the Atlantic coast, between Hayle and st. Ives, and is one of numerous beaches making up the bay. It is set upon a steep wooded cliff which slopes down to the sandy Carbis beach – a spectacular Blue Flag beach owned by the Carbis Bay Hotel. The golden sandy beach is fairly sheltered due to the cliffs.

It is a popular holiday resort with numerous hotels and guest houses, spa retreats, whitewashed dwellings and a tiny railway station which is served by the scenic St. Ives branch line.

Carbis bay is bordered by the heavily wooded cliffs of Porthminster Point to the west and to the east by Hawke's Point.

The famous waterfront Carbis Bay Hotel dates from 1894, and behind the village on the hillside is The Knill which is a 50ft high monument to John Knill who was the mayor of St. Ives in the 18th Century.