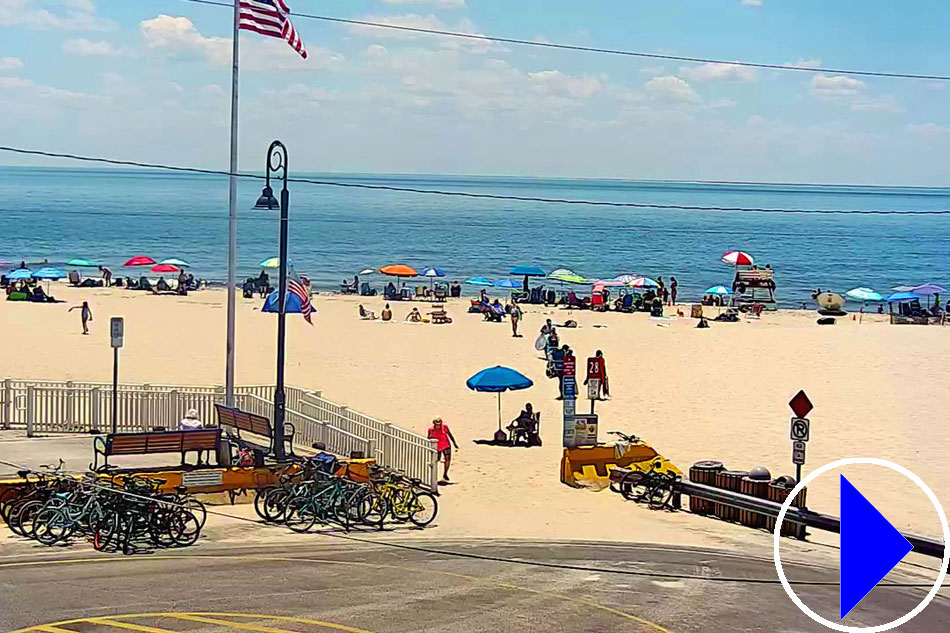 Live Webcam at Cape May Beach in New Jersey

More info: Though it is an island, Cape May is a part of a "cape," a strip of land projecting into the sea. The original settlers in colonial times were whalers and fishermen. In 1878, Cape May City nearly burned to the ground; the reconstruction that followed left a vast amount of Victorian style buildings not seen on such a scale anywhere else in America. Prior to World War II Cape May was a U.S. Navy base and continues its naval ties with a Coast Guard Training Station.