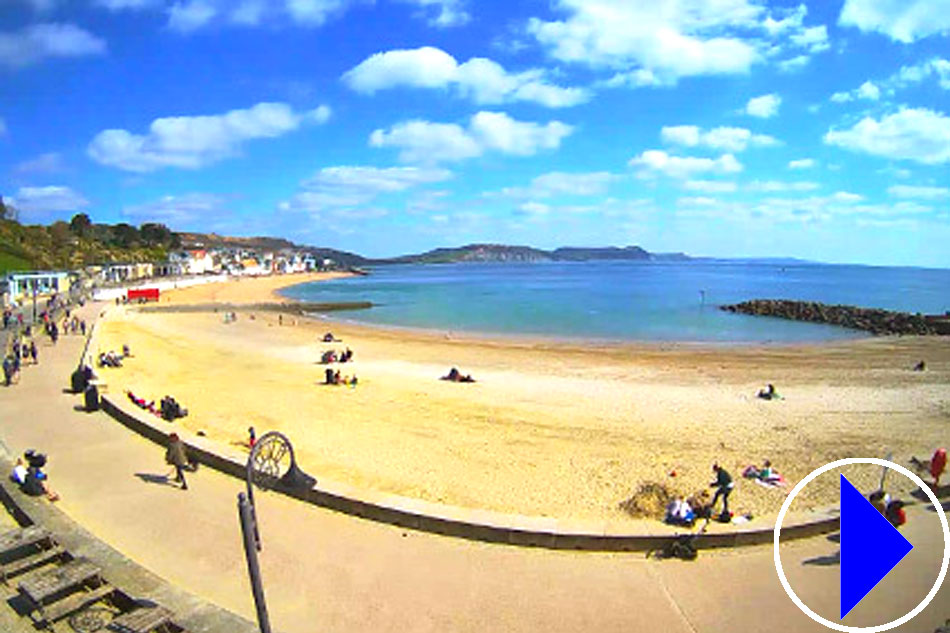 More info: Lyme Regis is a pretty seaside resort on the English Channel coast at the Dorset-Devon border. Lyme Regis is well known as one of the best places on the Jurassic Coast, to hunt for fossils. Mary Anning, one of history’s most important fossil collectors and palaeontologists, was born in Lyme Regis and the Lyme Regis Museum, is built on the site of her family’s home.

Lyme Regis has four beaches. Front Beach is a sandy beach with an adjacent shingle beach. Monmouth Beach is a pebble beach. Church Cliff and East Cliff Beaches are both sand and pebble beaches.

One of the buildings on the Cobb has been converted to house a small marine aquarium. Beyond the aquarium is the Victoria Pier which is used by the working boats because it is the deepest part of the harbour. The Pier is named after Princess Victoria who visited Lyme Regis in 1833 and later became Queen of England.

From the end of the Victoria Pier there are classic views of Lyme Regis, with a panoramic view of Charmouth, past Stonebarrow and Golden Cap to West Bay, and beyond to Chesil Beach.