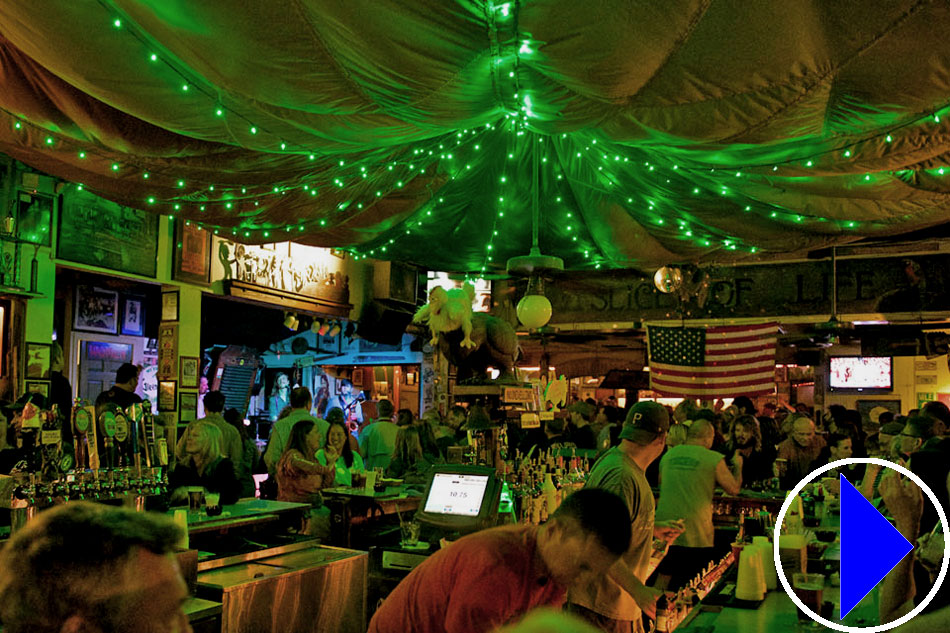 More info: The Green Parrot dates back to 1890 when it started life as a grocery store on the southeast corner of Southard and Whitehead streets. The store was owned by Anthony Sanchez and in the small back room local musicians created impromptu descargas or jam sessions, often playing late into the night.

The Great Depression ended and World War II began and the grocery store became The Brown Derby Bar, a bunker-like, air-conditioned hangout for submarine sailors stationed at the base only a block away.

After the Navy pulled out in the early 1970s, Key West became a haven for hippies, bikers, vagabonds, and free spirits of all kinds and Judy Sullivan transformed the Navy hangout into an open-air hipster watering hole and re-named it The Green Parrot Bar.

After this period in the Green Parrot history, came the fishermen along with the discovery of Key West Pink Shrimp. The fishermen were armed with cash, and laden with contraband from Jamaica and Colombia. Then Key West found its place as the only Caribbean city that Americans could reach by car. Bridges to the mainland got wider and bigger and tourism thrived.

Jim Bean bought the Green Parrot Bar in 1983 and, with his wife Linda, began a love affair with the local, sometimes rowdy corner saloon that would endure for nearly 30 years. It was then taken over by their partner John Vagnoni who teamed up with Key West stalwart and Philadelphia entrepreneur Pat Croce.