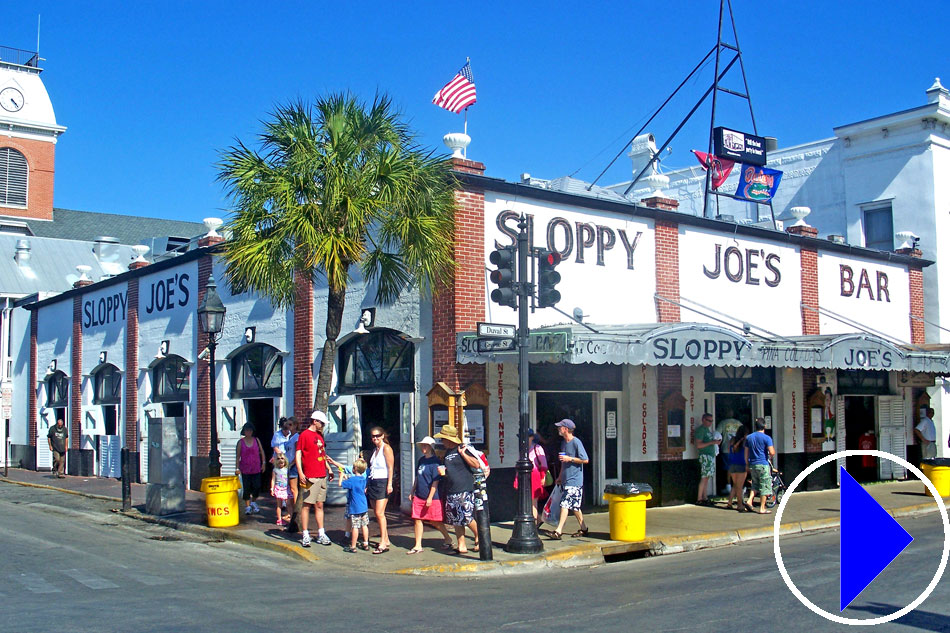 More info: The official beginning of Sloppy Joe’s Bar was December 5, 1933 - the day Prohibition was repealed. During its formation into Sloppy Joe’s, it would go through 2 name changes and a shift in location.

A local by the name of Joe Russell ran illegal speakeasies in Key West during the prohibition era. Even Ernest Hemingway, who lived in Key West at the time, slipped over to Russell’s on occasion to buy illicit bottles of Scotch, and the two struck up an enduring friendship.

After prohibition ended, Russell’s covert barkeeping became legitimate and he opened a saloon called the Blind Pig, which was in a rundown building that Russell leased for three dollars a week. The rowdy saloon was renamed the Silver Slipper and a dance floor was added but it still remained a shabby old meeting place for friends, drinkers and gamblers.

Legend has it that Hemingway was the one who convinced Russell to change the name of his bar to “Sloppy Joe’s” after a bar in Havana, whose proprietor was known for running a sloppy establishment. In 1937, the rent at Sloppy Joe’s shot up, prompting Russell and patrons to move his bar across the street. The new Sloppy Joe’s boasted the longest bar in town. Behind the bar, in the back room, were gambling and pool tables. Inside the bar hung life-size paintings of fighters on the walls and adorning one wall was a 119-pound sailfish caught by Hemingway.

Every July, Sloppy Joe’s bar hosts the Papa Look-Alike Contest, an annual part of Hemingway Days that started in 1981. Hordes of bearded men gather to contend for the greatest likeness to Papa Hemingway.