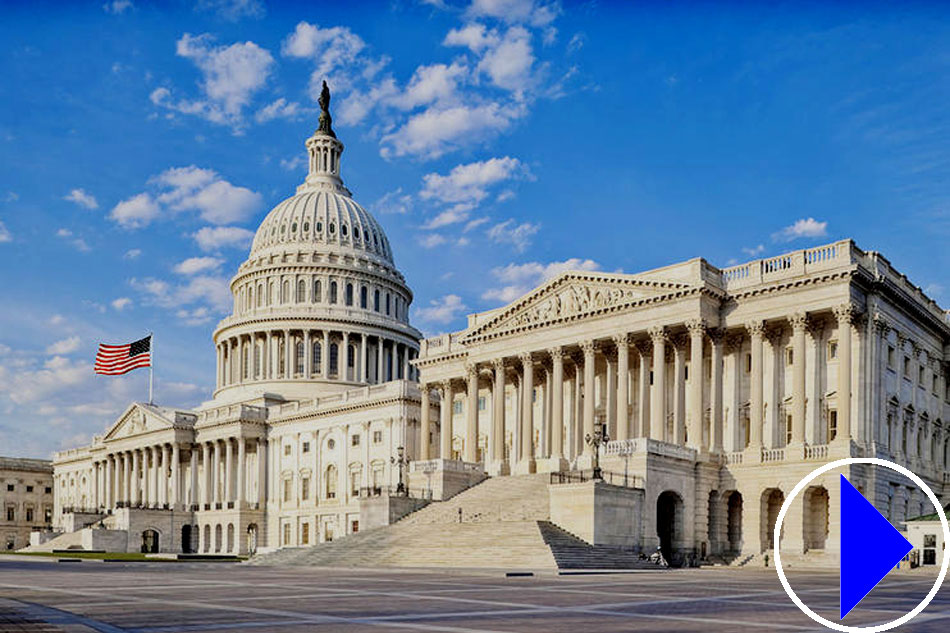 Live Webcam at the US Capitol Building in Washington DC


More info: The United States Capitol Building is located at the eastern end of the National Mall on a plateau 88 feet above the level of the Potomac River. The U.S. Capitol Building is among the most architecturally impressive and symbolically important buildings in the world. It has housed the meeting chambers of the Senate and the House of Representatives for over two centuries.

The grounds of the Capitol Building were designed by Frederick Law Olmsted who planned the expansion and landscaping of the area from 1874 to 1892. Olmsted, who also designed New York's Central Park, is considered the greatest American landscape architect of his day. He was careful not to group trees or other landscape features that would in any way distract the viewer from the U.S. Capitol Building. Originally a wooded wilderness, the U.S. Capitol Building Grounds now provide a park-like setting and cover an area of 58.8 acres.

Many of the trees on the Capitol Grounds have historic or memorial associations. A number commemorate members of Congress and other notable citizens, national organizations and special events. In addition, more than 30 states have made symbolic gifts of their state trees to the Capitol Grounds. Many of the trees on the grounds bear plaques that identify their species and their historic significance.