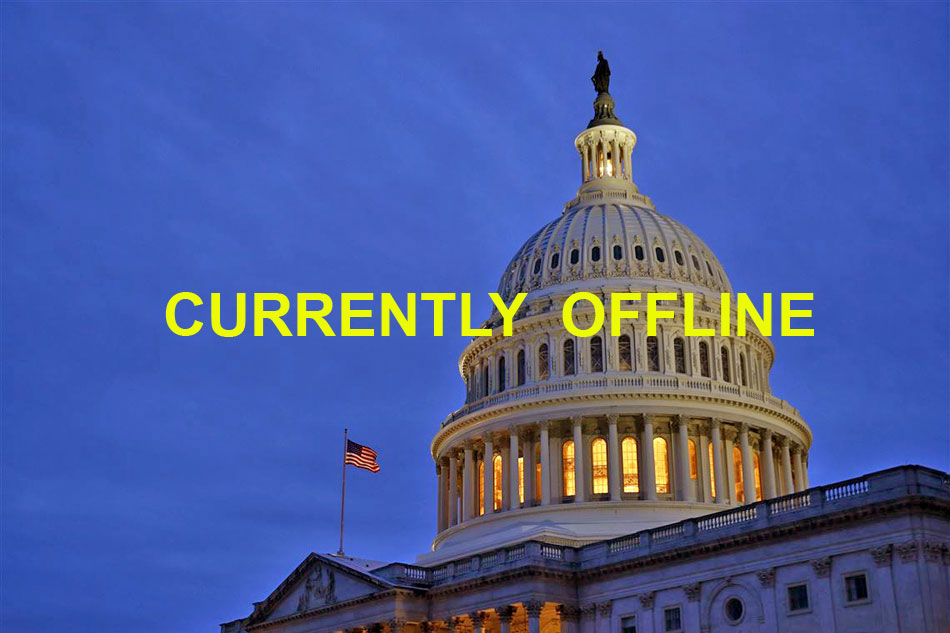 Live Webcam View of the US Capitol Building

The United States Capitol Building houses the meeting chambers of the Senate (in the north wing) and the House of Representatives (in the south wing) – the two bodies that compose the legislative branch of the American government.

George Washington laid the cornerstone of the Capitol Building on September 18, 1793, which marked the building of the nation's most symbolically important and architecturally impressive building. The competition for the design of the Capitol Building was won by Dr. William Thornton, a gifted amateur architect who had studied medicine but rarely practiced as a doctor. Thornton placed a central shallow domed rotunda between the Senate and House wings. This magnificent white dome that overlooks the city of Washington has become a widely recognized icon of the American people and government.

For over two centuries, the U.S. Capitol Building has been built, burnt, rebuilt, extended and restored; In 1850, Senator Jefferson Davis introduced an appropriation bill to enlarge the Capitol. Construction went ahead to build large northern and southern wings containing new legislative chambers and a new cast-iron dome was designed to better suit the enlarged building. By 1868 the larger building was completed. In 1897 the Library of Congress moved out of the Capitol Building to another site, making space for new committee rooms. In the 20th century, separate buildings were constructed to provide offices and committee rooms for the House and Senate. The Supreme Court moved into its own building in 1935.

Today’s Capitol complex includes the Capitol, six major House and Senate buildings, three Library of Congress buildings, the Supreme Court Building, the U.S. Botanic Garden, and other facilities. In 1958–1962 the east central front of the Capitol was extended to add 90 new rooms.

The heart of the Capitol Building is the Rotunda, a 96-foot-diameter circular hall surmounted by the Capitol’s inner dome. Visible through the eye of the dome, 180 feet above the floor, is a massive fresco painted by Italian artist Constantino Brumidi.