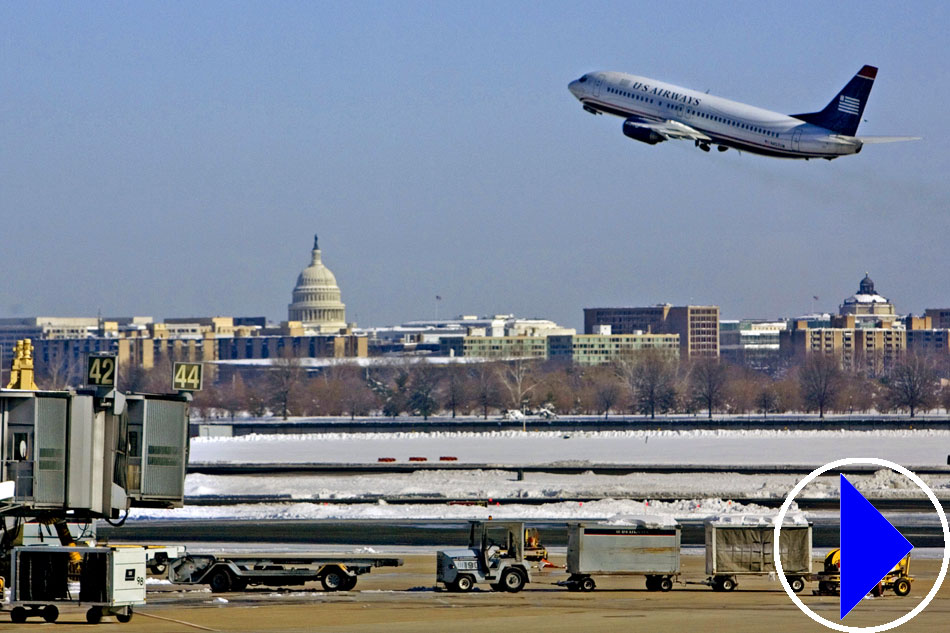 Reagan Washington National Airport (DCA) serves the Washington, D.C. metropolitan area and is the closest major commercial airport to downtown D.C. being just 8kms away. The airport is operated by Metropolitan Washington Airports Authority with close oversight by the federal government due to its proximity to the national capital.

Planes using Reagan Washington National Airport are required to take unusually complicated paths to avoid restricted and prohibited airspace above sensitive landmarks including government buildings, and military installations in and around Washington, D.C. It is also to comply with some of the tightest noise restrictions in the country. Due to these restrictions, pilots approaching from the north are generally required to follow the path of the Potomac River and turn just before landing. This approach is known as the River Visual. Similarly, flights taking off to the north are required to climb quickly and turn left.