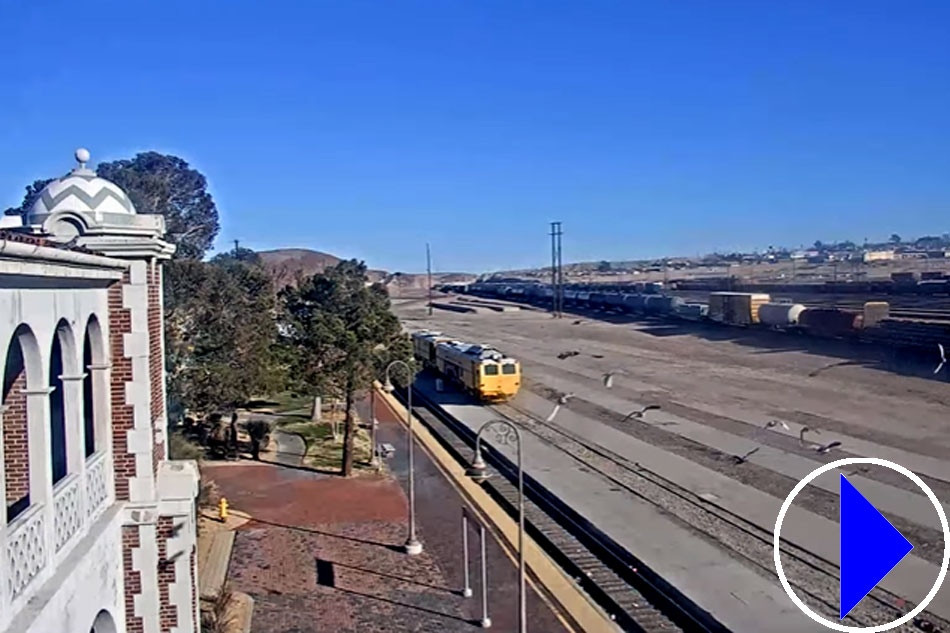 More info: The city of Barstow is located in south-central California, in the Mojave Desert and lies at a junction of pioneer trails. Barstow was founded in 1880 during a silver-mining rush and was first called Fishpond and then Waterman Junction. It was renamed in 1886 to honour William Barstow Strong, then president of the Santa Fe Railway.

Barstow is a major transportation hub for the Inland Empire. Several major highways, including Interstate 15, Interstate 40, and California State Route 58, converge in the city. Barstow is the site of a large rail classification yard, belonging to the BNSF Railway. The Union Pacific Railroad also runs through Barstow using trackage rights on BNSF's main line to Daggett 10 miles (16 km) east, from where it heads to Salt Lake City and the BNSF heads to Chicago.

The webcam is located at Barstow Harvey House, also known as Harvey House Railroad Depot and Barstow station. Originally built in 1911 as Casa del Desierto, a Harvey House hotel and Santa Fe Railroad depot, it currently serves as an Amtrak station and government building housing city offices, the Barstow Chamber of Commerce and Visitor Center, and two museums. The historic structure is the finest remaining depot-hotel in California.